''I began to tell him that one in four people will experience a mental health problem at some point in their lives, He cut me short and said, so that means one of us in this room suffer, yes I replied, he asked if I knew anyone who had experienced mental health problems because he didn’t and I said yes. He said, go on tell me who, I said ME''

My name is Des, I'm a 39 year old married father of three who works at sea as a Barge Master. I have many hobbies including motorbikes, Walking and pretty much anything outdoors, I have been involved with sport since I could walk and my main sport is Shinty a Scottish game not for the faint-hearted. This is my wee story

We had a departmental meeting which was the first time every team member was present in a long time. We discussed all relevant business. Then there was a part for other business. Some guys were speaking about how they felt about things. I thought this was a good opportunity to speak about champions training with everyone.

I had already spoken to my line manager. He was great, he gave me time off to train so I didn’t have to do it in the holidays.

He wanted me to write a report for the company magazine. I initially wasn’t too keen on getting it out there until I had done more training. But I decided the department meeting was a good opportunity to speak about it.

I told them about champions training, but I didn’t say about my own personal things. Some people thought I had been off a lot as I was going for another job.

I told them ‘I want to let everyone know I have a new job,’ Their faces were great. Then I told them I have been doing training for a few months for a Community Champion role at See Me Scotland. They didn’t know what it was so I explained, they were all really interested.

I told them about training, but I didn’t say about my own personal things. The industry is stereotypically pretty manly, so it’s what you would expect, lots of humour and joking and messing around, Men do not talk about their personal experiences regarding health etc so this was something different.

The response from everyone was great, no one judged me. I was worried about the reaction because I'm a barge master and have a lead role. I am a fun, outgoing guy, in my opinion, haha and always the first to take the mick or start the nonsense so it was a shock to some who don't know me as well. I offered my experiences as an open conversation for the lads to come and talk anytime they wish about my story or their issues. It was good to let them all know that they can come and approach me and ask for any advice, I felt a great weight off my shoulders.

I was overwhelmed by the reaction I got, people were applauding. A lot of them said it was a brilliant thing to do, it was great but I actually felt quite embarrassed.

But there was one fella that never applauded, he was always a bit less interested and argumentative with me and others.

After the meeting a few of us went in to have a coffee, he was one of them. One boy said ‘well done Des’. Then this other guy said he didn’t understand why it was a big issue and wanted to know some stats as this is how he works, I began to tell him that one in four people will experience a mental health problem at some point in their lives, He cut me short and said, so that means one of us in this room suffer, Yes I replied,

He asked if I knew anyone who had experienced mental health problems because he didn’t and I said yes. He said, ‘go on tell me who’. I said ‘ME’

He went quiet and looked as if to say ‘I shouldn’t have said that’. I said it was fine. He asked why I had mental health problems? I said I have had them since I was eight, that’s 32 years now.

I said I had PTSD, GAD and other physical related problems which had resulted from suffering so long, he was shocked, He said Des I didn't know, I said again it's ok why would you.This is when I thought that people would never know unless they knew me personally.

I don't wear a big badge or having an arrow pointing to me saying MENTAL HEALTH GUY HERE. Then another guy popped up and said he had anxiety problems from his experiences and I also didn’t know as he hadn’t said it before.

We started explaining that there were a lot more people than he was obviously aware of, also that people would be unwell but cover it up for the reasons of being judged discriminated against etc.

I believe that everyone who has a mental health problem can cover it up if they want to. I have worked with this guy for 5 years and he never knew, so I must be good. When I talk about mental health now I use the phrase ‘Masters of camouflage’ from being a long term sufferer and having many friends from different places also from being involved with sport my whole life, who no one would have known unless I wanted them to know.

He congratulated me for what I was doing. His attitude changed in that conversation, he challenged me on what I was doing and I was glad because the barrier was broken. He can now come to me and speak about it if he wants.

I got loads of texts and phone calls later, people know they can approach me and speak about these things now. I don't want people to look or treat me any different as would not be able to deal with that. I’m me still the same person as before but now they know my secrets, and that actually is a good thing as holding these in are the reason I'm now on my 32nd year of having anxiety and Mental health problems.

I understand fully the pain and suffering we go through trying to deal with our issues and that we are in a dark place sometimes for a very long time, I’ve been there many times and could go back at some point so I'm armed with dealing methods and 100 times stronger than I was.

I feel a lot better for telling everyone, as people who do not suffer just find it so hard to understand and approach the subject. It’s ok for that as how could they really know what's going on in your head, I wouldn't wish it on anyone but also we can get better we will see the other side again it just takes a fight and help which we can get,

Although I was nervous about speaking out to my workmates and bosses. I’d quite like to go to sports clubs and schools to and deliver some education and awareness also to let people know YOU ARE NOT ALONE 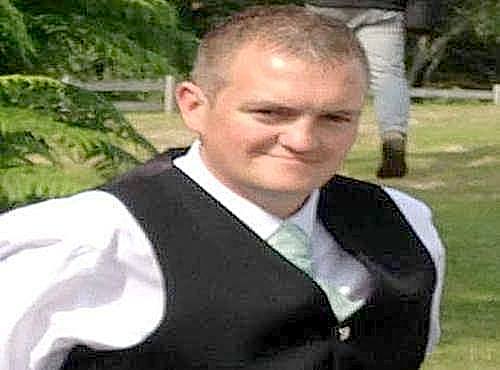