Men's mental health: 'Man up' is not the answer

In high-income countries, three times as many men as women die by suicide, according to a World Health Organization (WHO) report from 2018. 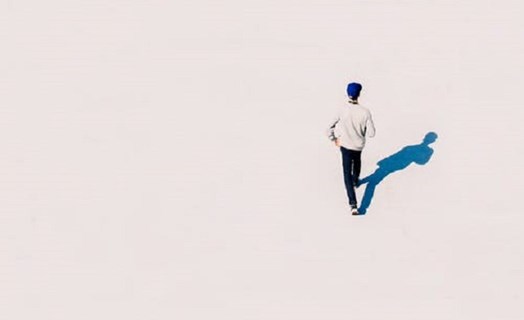 The American Foundation for Suicide Prevention also cite 2018 data, noting that in that year alone, “Men died by suicide 3.56 [times] more often than women” in the United States.

And Mental Health America, a community-based nonprofit, reference data suggesting that more than 6 million men in the U.S. experience symptoms of depression each year, and more than 3 million experience an anxiety disorder.

Despite these staggering figures, the National Institute of Mental Health (NIMH) report that men are less likely than women to have received formal mental health support in the past year.

Why is this the case? Recent research offers some explanations and proposes ways of remedying the situation.

In their 2018 report, the WHO emphasize that cultural stigma surrounding mental health is one of the chief obstacles to people admitting that they are struggling and seeking help.

And this stigmatization is particularly pronounced in men.

“Described in various media as a ‘silent epidemic’ and a ‘sleeper issue that has crept into the minds of millions,’ with ‘chilling statistics,’ mental illness among men is a public health concern that begs attention.”

Thus begins a study from The University of British Columbia (UBC), in Vancouver, Canada, published in 2016 in Canadian Family Physician.

Its authors explain that prescriptive, ages-old ideas about gender are likely both part of the cause behind the development of mental health issues in men and the reason why men are put off from seeking professional help.

Another study from Canada — published in Community Mental Health Journal in 2016 — found that, in a national survey of English-speaking Canadians, among 541 respondents with no direct experience of suicidal ideation or depression, more than one-third admitted to holding stigmatizing beliefs about mental health issues in men.

Among 360 respondents with direct experience of depression or suicidal ideation, more male than female respondents said that they would feel embarrassed about seeking formal treatment for depression.

One contributor who spoke to Medical News Today also pointed out that it is not easy for men to be open with their peers about mental health struggles.

“Talking about mental health isn’t something that tends to come up readily in particular social environments, such as when playing football,” he told us.

“Often, the relationships there are tied into the game and little else away from the pitch, which is a real shame,” he added.

Men of colour and men of diverse racial and ethnic backgrounds face additional challenges when it comes to looking after their mental health.

According to Prof. Norman Bruce Anderson, former CEO of the American Psychological Association — in the U.S., Black and Latino men are six times more likely to be murdered than their white peers.

Prof. Anderson also notes that American Indian men are the demographic most likely to attempt suicide and that Black men are most likely to experience incarceration.

According to Dr Octavio Martinez Jr., executive director of the Hogg Foundation for Mental Health, the effect of these disparities on the mental health of people of colour and of diverse ethnic and racial backgrounds is “a double whammy.”

“Add the stigmatization of help-seeking behaviour by men of all races to the unique stressors faced by men and boys of colour, and it’s no wonder men and boys of colour are at higher risk for isolation and mental health problems. These challenges can manifest as substance use or acting out through violence and aggression — which can lead to more stigma and a continuation of the cycle.”

On top of this, the authors of a study published in 2015 in the Journal of Health Care for the Poor and Underserved point out that “Medical experimentation on African Americans during slavery laid a foundation of mistrust toward healthcare providers.”

All of these issues taken together lay a further barrier to people of colour seeking and accessing care for mental health when they need it.

Men may have different symptoms

Specialists also point out that men and women can experience different symptoms of the same mental health issues. This, they say, maybe partly a “side effect” of divergent views of mental health.

For instance, NIMH specialists explain that “Some men with depression hide their emotions and may seem to be angry, irritable, or aggressive, while many women seem sad or express sadness.”

They also note that some symptoms of depression are physiological, such as a racing heart, digestive issues, or headaches, and men “are more likely to see their doctor about physical symptoms than emotional symptoms,” according to the NIMH.

The organization also noted that self-medicating with alcohol and other substances is a common symptom of depression among men and that this can exacerbate mental health problems and increase the risk of developing other health conditions.

So what can mental health professionals and policymakers do to ensure that men feel confident and comfortable seeking support and that they receive the appropriate care?

The first step in addressing these issues, researchers argue, is enhancing education about mental health.

In the Canadian Family Physician study, the researchers emphasize the importance of “disrupting how men traditionally think about depression and suicide by breaking down the stigma that surrounds these topics” through nationwide campaigns.

They also explain that it is important to help men change the idea of receiving support from “a mark of weakness” to a necessary step in maintaining one aspect of health that is as important as any other.

Anecdotal evidence supports these suggestions. One MNT respondent, for instance, told us that:

[One] area I feel needs improvement is education. […] I had spells of bad mental health in my childhood. It wasn’t until my teenage years, when I became aware of my mother’s and grandfather’s history of mental health problems, that I realised what was going on with me. As a child, feeling anxious and/or depressed for no apparent reason was terrifying and only made my symptoms worse.”

“I don’t know for sure, but if there had been education about mental health in my childhood, I reckon my symptoms wouldn’t have scared me as much, and I would have been more open about talking about it with my parents, teachers, healthcare professionals, etc.”

Another step in providing better support for men, the UBC researchers say, is “changing the landscape” of care for mental health by offering community-based programs that help counter risk factors for mental health problems, such as a sense of isolation among older people.

But no intervention is complete until it accounts for the groups that face systematic marginalization, such as men of colour and those of diverse ethnic and racial backgrounds.

Specialists have found that Black men in the U.S. are more likely to seek support in informal settings, such as places of worship. Based on this, they have suggested “community-based participatory research” as an important first step.

This approach will require researchers to gain trust and seek collaboration from Black Americans in finding out what needs to change to make formal support more accessible.

Dr Martinez, referring to a report from 2014, also emphasizes the importance of community-based approaches.

He promotes interventions aimed to encourage men and boys of colour and of diverse backgrounds to connect on a personal level. “Stigma fades when men and boys see resilience and mental health self-care modelled by their fathers, brothers, teachers, faith leaders, and friends,” he says.

“Seek ways to demonstrate the connection between individual mental health and popular traditions of mentorship, cultural pride, self-emancipation and community action among men.” 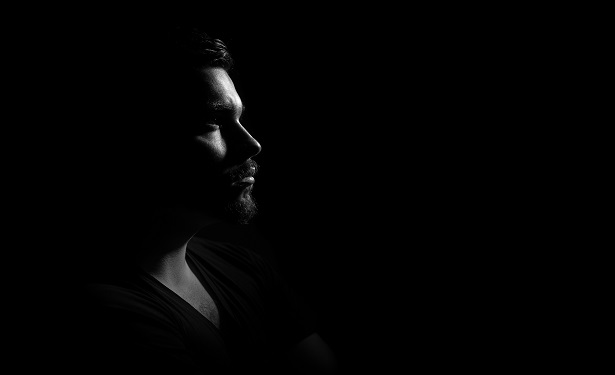