How To Get Men To Open Up About Their Mental Health

A lot of people, across all ages and demographics, don’t feel comfortable talking about their own mental health. But when it comes to men, there’s an ongoing mental health crisis.

Seventy-five per cent who die by suicide every year are men, with middle-aged and older men especially at risk. Some of the men most vulnerable to depression and suicide are men of Black and South Asian descent.

And suicide has also surpassed HIV as the leading cause of death for gay and bisexual men in Canada. Trans men, too, are at a high risk of suicide, particularly in their youth.

The COVID-19 pandemic has exacerbated existing mental health problems for everyone. But there’s often a male reluctance to seek help, and one of the major problems is the damage done by rigorously enforced gender roles. 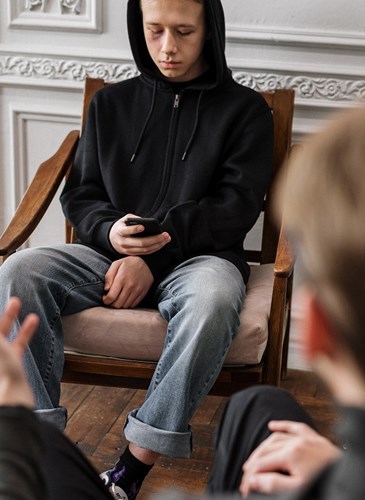 Corey Turnbull is a therapist based in Toronto who offers counselling and coaching to men. “Getting men to feel more comfortable with the idea of seeking therapy is a key goal of mine,” he explained.

Lots of men won’t get mental health help because of outdated ideas of masculinity, Turnbull said, particularly a sense that men need to be “self-reliant” and shouldn’t ask for help.

Men think about “how they perceive themselves in terms of what it means to be masculine,” he said. “There’s this idea that they should be able to deal with their own problems, that they don’t want to rely on someone else. It’s a resistance to vulnerability.”

“I think some men have this preconceived idea that titles like ‘psychotherapist’ are connected exclusively to the emotions,” he said. One of his clients once had a friend try to talk him out trying therapy, thinking it was a waste of time.

“The friend thought it was ‘just talking about his feelings’ and not doing anything useful ... If there’s a perception that it’s not useful, that’s something that is an impediment barrier to going into therapy.”

Presenting therapy as something that can help more tangibly might help men understand its use, he said.

“Guys, oftentimes, like more of what they feel is a practical, problem-solving approach, or at least feel more comfortable with that as an entry point.”

In his practice, Turnbull will start with asking a client about their existing character strengths. It’s a way to get to know each other, and it’s a self-esteem building exercise.

He also wants to present the idea of therapy as something with practical, real-world application.

Someone who has a resistance to getting therapy might be more comfortable with the same service if it’s called “life coaching” or “executive coaching,” Turnbull said.

“We’re comfortable with the idea of a coach because it implies a corporate or of collegial interaction,” he said. “Mind you, having known people who played football and held their coach in high regard, there’s definitely some emotional stuff that comes up in those relationships.”

Most of Turnbull’s clients are in their late 20s or 30s, with a handful of men older than that. Over the last few years, he’s seen a “new pattern” among men younger than 30.

“That group seems to be a lot more open to new ideas, and much more open to therapy in general,” he said. “But I think that’s changed a bit less for people over that age group.”

He’s also seen a lot of clients who sought therapy at their girlfriends’ urging, he said. 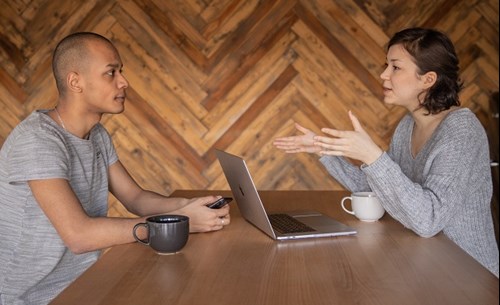 ‘More body-image stuff than I was expecting’

Many of the men who seek Turnbull’s help are coming in for reasons related to insecurity and low self-esteem, he said. For a lot of people, that’s manifested in body-image issues.

“I’ve seen more body image stuff than I was expecting,” he said. “There’s this pressure to have a lean, muscular body, and a lot of guys compare themselves to others and feel insecure.”

Since the pandemic started, a number of people have wanted to talk about communication and relationships.

“Couple are spending a lot more time together, and I’ve found any issue that was there previously tends to be a little amplified,” he said.

And single men, too, are dealing with increased isolation since the pandemic started.

“People would often spend time with friends, or sports, or whatever else, as an outlet for their stress,” he said. “Their social interactions have been cut off, and their isolation has gone up a lot.”

One of the saddest parts of men feeling unable to seek out mental health help is that they’re denying themselves something that could make them healthier and more powerful.

“There’s that fear of being weak, that keeps people out of therapy,” he said. “But therapy makes people strong.”

It’s normal to feel overwhelmed by the idea of figuring out how to start. A good first step is to identify whether there’s something, in particular, you want to focus on, whether that’s anxiety, addiction, body image, or whatever else.

Googling that issue and your area will lead you to a lot of options, and you can take your time figuring out someone who’s going to be the right fit. Most therapists offer free phone consultations, so you can chat with them to get a better sense of whether you two can work together.

If you don’t have benefits and can’t afford a therapist, get in touch with your family doctor to see if they have any recommendations. You can also try searching for a therapist who works on a sliding scale and can offer a lower rate to people who can’t afford to pay much. 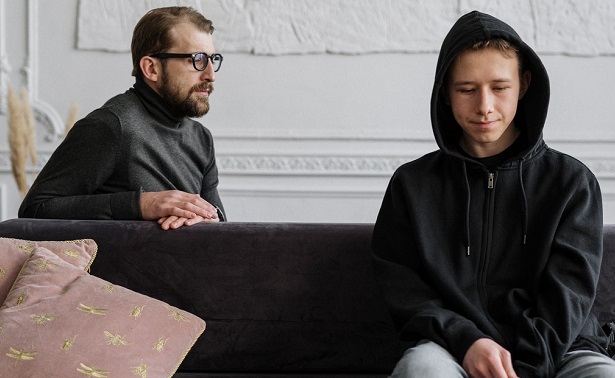