''Telemedicine can reduce such problems when it comes to mental issues that men face. Mental health is going to be a major area, where the needs are going to be greater and not just in the short term, but in the long term.

The effects of COVID-19 will be felt for years, if not longer, maybe a decade or more. Telehealth, in particular, is poised to really help with mental health care'' 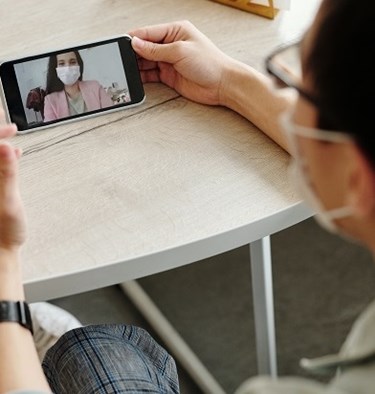 Women’s health issues attract a lot of coverage and awareness with organizations, walks, and ribbons that people wear for diseases like breast and cervical cancer. There's a good reason for this: well-documented bias against women in healthcare.

Some people say that our healthcare system has been “made by men for men.” As this narrative perpetuates, men are largely ignored by comparison, despite their own healthcare problems, not the least of which is their disproportionate share of health fatalities.

Life expectancy of men in the United States is five years shorter than that of women. More men die from COVID-19 than women: Men account for 51 percent of cases and 58 percent of deaths. Men also commit suicide nearly four times more often than women. While heart disease is the leading cause of death for both sexes, men have their first heart attack at age 65 versus 72 for women.

Underscoring how much attention women’s health attracts, there are few, if any, statistics for capital flowing into startups focused on men, yet financing for women’s health companies is surging, growing by over 800 percent from 2014 to 2018. This is a positive trend that many in the health profession support.

Fortunately, digital health innovation is vast and wide, addressing the nuances of our individual makeup. My hope is that some of that attention is increasingly directed at men’s health as well.

Thanks to technological advances in telehealth and imaging, it does seem to be happening.

If men’s health issues don’t get the same coverage or attention, it highlights an opportunity for men to become better advocates for their own health.

"Men do not always seek healthcare appropriately” despite the number of conditions they face, said Dr Hunter Wessells, chair of the Department of Urology at the University of Washington School of Medicine.

“I see men’s health as a big issue that spans their entire lifespan, starting with congenital anomalies and childhood cancers, extending into young adulthood, when people worry about fertility and sexual function and later in life encompassing common problems associated with ageing, such as BPH (benign prostatic hyperplasia, also known as enlarged prostate), prostate cancer and other cancers.”

There’s logical, however vague grounds to often blame men’s behaviour, such as smoking more cigarettes and washing their hands less compared to women, on their poor health outcomes.  But their behavioural tendency to ignore their health is unequivocal and might be due to the lack of an obvious entry point.

By comparison, when women reach a certain age, they begin to see specialists, noted Patrick Carroll, Chief Medical Officer at HIMS, an e-commerce wellness brand made for men with products for skincare, erectile dysfunction, and hair loss.

Men’s health concerns, such as prostate issues, come later in life, so there’s less incentive for them to see a doctor unless they absolutely have to.

“One way that women get plugged in, obviously, is in childbearing ages. They have their OBGYN; they get plugged in for care in that respect, whereas men can drift through and avoid physicians until they're after age 50 because they don't buy into any routine screening or preventive health as needed,” Carroll said.

“I saw this when I was a family physician: men do not access care as they should and it was always difficult to get them in for their routine screening. They have significant risk factors for cardiovascular disease, prostate disease, hyperlipidemia, hypertension, depression and anxiety.

Prostate cancer is the third leading cancer, and it's really difficult to get men to access care for it. So, access is the biggest issue in getting men engaged in their own healthcare.”

Stigma is another reason men don’t seek care. To be blunt, conditions like erectile dysfunction and hair loss are, as you might imagine pretty embarrassing for most men to talk about in person, so they simply choose not to. They might even avoid a waiting room for fear of being emasculated through quiet judgment.

“A lot of men particularly do not talk to their physicians about hair loss and erectile dysfunction. They look at it as really stigmatized conditions,” said Carroll. “Another stigmatized condition, and it isn't always thought of that way, is skincare and acne, which has some major implications for folks, how they perceive themselves.

Behavioural health is also stigmatized. These are conditions many folks don't want to talk about, they don't want to even connect with their primary care physician about it.”

Telehealth to the rescue 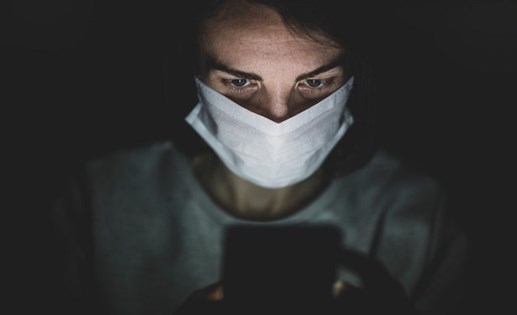 If men are too embarrassed to see a doctor in person for their conditions, the most obvious solution is telehealth. Virtual care services have seen huge spikes since the COVID pandemic started a few months ago, along with high satisfaction rates: a survey conducted last month of 1,000 patients found that over 75 percent were very or completely satisfied with their virtual care experiences.

“If you actually look at people who use telehealth, many prefer the asynchronous communication pathway because they don't have to have a video visit with someone they don't know,” said Carroll.

“There's some anonymity involved with the asynchronous visit that is very attractive, particularly to the stigmatized conditions such as erectile dysfunction, sexual dysfunction, premature ejaculation. It resonates with men in that modality because they're able to do this with a high degree of confidentiality and some anonymity, which I think is important to them.”

This type of communication between the doctor and patient also makes getting care as “frictionless” as possible.

“Studies bear out that both men and women like asynchronous visits because it's simple; it's quick; they get information they need without having to set up an appointment, so it's creating a healthcare access point on their own schedule. That technology definitely is driving hopefully more access to care.”

Dr. Tzvi Doron, SVP of Clinical Practice and Education at virtual clinic provider Ro, also believes that telemedicine can help with stigma, making it easier for men to talk about their conditions.

“People have an easier time talking about stigmatized health issues when they don't have to actually show up at an office and talk to somebody, look multiple people in the face. It's not just the doctor, it's the receptionist who may ask what's the reason for their appointment, and the medical assistants who take their vitals, each person is asking them more and more uncomfortable questions,” he said.

Specifically, he noted that telemedicine can reduce such problems when it comes to mental issues that men face.

“Mental health is going to be a major area, where the needs are going to be greater and not just in the short term, but in the long term. The effects of COVID-19 will be felt for years, if not longer, maybe a decade or more.

Telehealth in particular, is poised to really help with mental health care, because all the same issues that prevent people from seeking regular health care, whether related to stigma, transportation, or financial costs, exist for mental health,” he said.

Once you get the stigma and access issues figured out, and actually get men to take their health concerns seriously, then comes the more difficult part: actually getting earlier, and more accurate diagnoses to help save their lives.

That’s especially important when it comes to cancer: since 1950, there has been a 70 percent decline in cervical cancer incidence and deaths in developed countries, while there’s a 91 percent survival rate in colon cancer if it’s caught early. Early detection in prostate cancers leads to a five-year survival rate of 100 percent. In short, finding cancer early can literally mean the difference between life and death.

Advances in imaging modalities, such as MRIs and CT scans, could provide a diagnostic pathway for men to get themselves checked out through virtual visits without requiring an initial physical exam, said UW Medicine’s Wessells.

“The question of imaging is really important because there are a lot of conditions that, without a physical exam, but with good imaging, we can achieve the same level of care. An example would be a man or a woman with kidney stones; we don't always need the physical examination for the diagnosis or to make treatment decisions. And so that allows everything to be done remotely except a surgical treatment,” Wessells said.

Emerging technologies, such as artificial intelligence, will also help with identifying who needs treatment and getting it to them as early as possible.

“If we could be better about predicting who develops these problems with the electronic health records, and the ability to identify people through electronic phenotyping or through AI, that would be one way that we could get to identify who's at highest risk, or who's going to need an intervention or prevention strategy,” said Wessells.

“And once robotics pricing trends down, we'll probably end up doing more and more with those technologies. Urologists are at the forefront of that.”

Finally, bringing care closer to where the patient is will be instrumental in streamlining care, said Ro’s Doron.

“We're moving in a direction where more check-ins and procedures are done in a retail setting or even in a person's home, specifically diagnostic testing with blood and urine testing. The smartphone is another gadget to conduct at-home tests. It’s unclear how fast we’ll advance before most care can happen at home, but we are already heading in that direction.”

When it comes to men’s health, the biggest barrier to care, it seems, is making them feel comfortable enough to discuss the issues that plague them. There’s a lot of stigma that they feel around some of these issues, especially when it comes to sexual health, and the idea of having to talk face-to-face with a doctor about them, let alone be seen in the waiting room.

Now that technologies like telemedicine and advances in imaging and at-home screenings are becoming the norm, we might finally be getting to a place where men will take their healthcare seriously enough to advocate for themselves and to save their own lives. 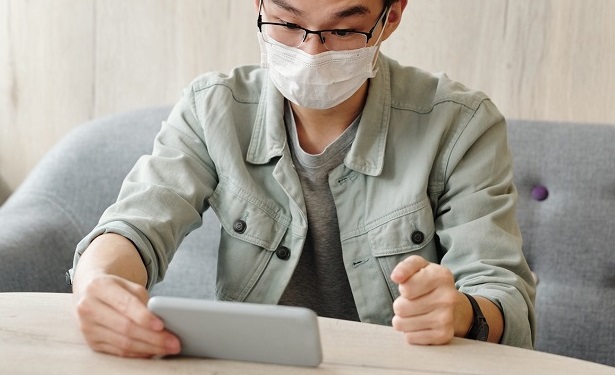