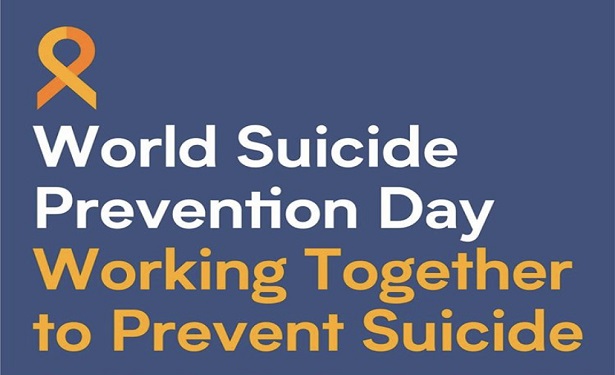 This year World Suicide Prevention Day - September 10th - arrives in a pandemic which has devastated and destabilised lives. It is critical to the future.

This week marks World Suicide Prevention Day, which surely has never been so important as it is this year.

Created by the International Association for Suicide Prevention (IASP), the day provides the opportunity for people around the world to raise awareness of suicide and tackle suicide prevention. Globally there are 800,000 suicides each year, and over 20 million suicide attempts.

The causes are of course highly complicated, but as this video from the IASP short film called ‘Step Closer’ shows, there are strategies that can be put in place to help reduce the risks – including community support and education…

The day is particularly important at the current moment, you’d imagine, not just because of the grief and stress of living through the pandemic, but also knowing how closely the suicide rate can align with economic difficulties.

The rising stats in suicide over the last ten years across different age groups have been linked by many experts to the 2008 banking crisis and resultant recession;

Stanford university even called millennials the ‘canaries in the cage’ for economic problems, which has resulted in this generation of people in their 20s and 30s being more likely to die prematurely, of suicide and addiction, than previous generations.

It follows that in the post-lockdown world that the recession and unemployment is going to result in extraordinary pressures on people for the foreseeable future – which doesn’t necessarily mean it is without hope, merely that the work of suicide prevention is crucial.

Certainly, for CALM, the suicide prevention charity whose campaigns have really hit home in recent years, the outlook is a worrying one, but also one to approach with the positive learnings from new conversations around mental health, and also directly from some of the experiences of lockdown.

“I don’t want to sugarcoat things and say everything is going to be great in this new world,”

“But I do think there is a new ease in having a conversation about struggling. Personally I have found it easier to have that conversation, to say to someone – like my dad, for instance – ‘Are you alright? How are you coping with it?’

Because we’re all dealing with it, there’s a slightly deeper conversation to be had. I think if that can be maintained, and we can keep that part of our every day now, that’s a big change.”

CALM as an organisation has had to cope with lockdown-related problems as much as anyone else, particularly with the cancellation of running events which contribute so much to their fundraising.

But demand for their services has risen – “We’re up 25% in calls to our helplines now, but it was up 40% in the early weeks of lockdown,” says Ben – and their operations directly been responsible for saving 222 people from suicide in this time.

They are viewing the increase in demand as a positive sign of people seeking help, and Ben is keen to stress the stories about suicide rising during lockdown have been premature – “the truth is, we don’t know yet.” That said, their key focus is on keeping on top of the areas in which people may be in need.

“We can take a common-sense view that if people are in financial insecurity, where are they and how can we reach them?”

Ben considers, “We have to be careful pre-empting suicide figures but we can look at previous years and the impact that the financial crisis had on suicide rate.

But it’s not so simple as job loss: there are always so many layers to people’s problems. We just have to make sure we reach people so they realise they’re not alone and help is out there.”

Indeed, which is why World Suicide Prevention Day is so critical right now as a reminder of the severe issue in our society – the latest ONS stats for 2019 showed the male suicide rate continued the upward swing from last year to again be the highest figure for two decades.

The 10th of September, then, for CALM, other charities like Samaritans, and to all of us in fact – the people on the street level, as it were, who can directly influence the wellbeing of friends, colleagues and family – is a chance to build up more awareness and education around the issue in the hope of creating networks of support.

No doubt that it will take a society-wide movement around mental health to help people through the challenges ahead, but it does seem that we as a nation are more primed for this than ever before:

with us men trying to break down some of the barriers that encircle us.

“We recently did a nice piece of work with Dave called ‘Be the mate you’d want’,” says Ben, as a final thought

“Which has been a lovely creative because one of the dangers is thinking that when you’ve identified your friend as a problem, you have to become an academic and sort them out.

You can’t be a doctor, you need to be yourself. I’d just say to men, don’t be afraid to be a bit shit at it. Because ultimately it involves a two-way relationship and is a journey.”